Eye Exams Can Reveal Many Other Health Problems

I have previously written about the importance of scheduling annual eye exams, but what I didn’t mention is that those exams could benefit you in ways you might have thought of. 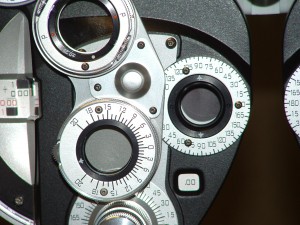 In April, Good Morning America published a story about a man named “Evan,” that perfectly illustrates why annual appointments with an optometrist are absolutely crucial. According to the story, the 37-year-old had long suffered from chronic back pain, but like many people, didn’t think much of it.

“I never really addressed it,” Evan said. “OK, I have back pain — everyone has back pain.”

But, as a trip to his eye doctor confirmed, it wasn’t just back pain, it was ankylosing spondylitis (AS). His doctor discovered the problem after asking Evan if he was experiencing back pain along side his periodic bouts of iritis. That’s when he was referred to a rheumatologist by his optometrist to treat his AS, which is a “relatively common but incurable form of inflammatory arthritis that strikes young adults, causing chronic pain and sometimes more serious damage to the heart and other organs.”

This is just one example of the types of medical problems that can first be discovered via an eye exam. Other diseases like diabetes, cancer and more can be seen by eye doctors. Please take the time to read the rest of the article to learn more about this very important issue.

2 Responses to Eye Exams Can Reveal Many Other Health Problems